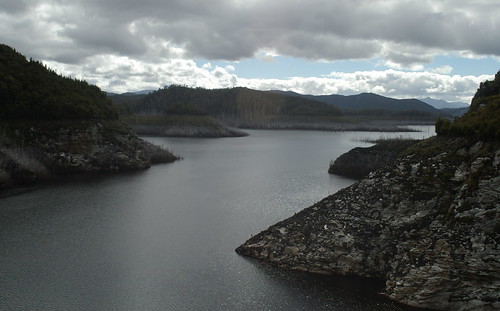 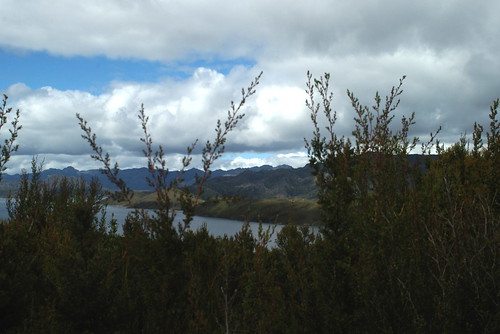 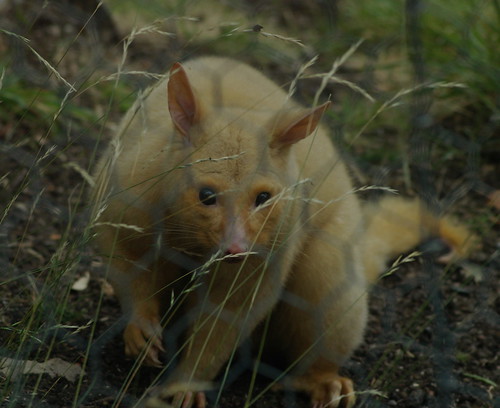 I'm more or less fully back at work now, using Mikey's Office, Home and Car while he's back in my home in Germany, but today was a special day.

Australia today witnessed a historic moment when prime minister Kevin Rudd made an official apology to the Stolen Generation of Indigenous Australians. This may seem insignificant to foreigners, but in my impression, the significance to the population can be compared to the Warschauer Kniefall of Willi Brandt on German politics. 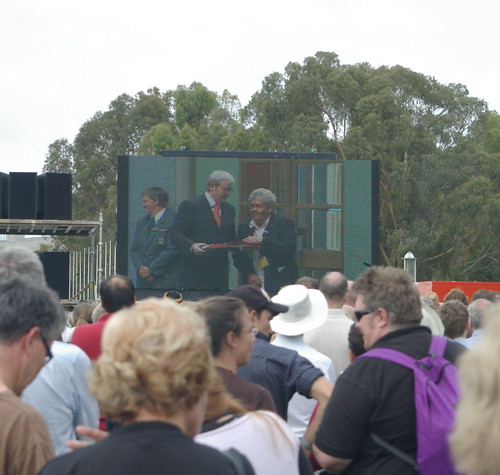 Since Parliament Hill is close to my workplace in Canberra, I had the chance to see the celebration over there myself. They had set up large video screens outside of the parliament building for the hundreds of Indigenous and Nonindigenous people that had gathered there. The speech that Rudd gave was very moving indeed and he got standing ovations both in the Parliament and outside. 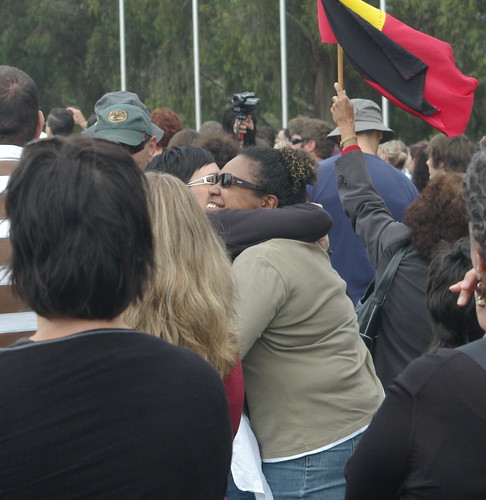 Unfortunately, the opposition leader somewhat spoilt this event by giving a stupid reply speech. I don't think the people were so much opposed to what he was saying as they were embarrassed by him, but almost all the people in the crowd outside ended up silently turning away from the video screen and looking in the opposite direction while he was speaking.
Collapse